As the second lockdown gets underway, for many disabled people and those with health conditions who have shielded since March, nothing has changed.

In a series of articles, our writer Raya, a shielder herself, shares the stories of people who have remained in a form of lockdown since the Covid-19 pandemic hit the UK, many of whom have been left feeling frustrated, anxious and forgotten.

When anyone mentions the second lockdown, all they seem to talk about is the economy, the survival of small businesses and the impact on domestic abuse and mental health. These are all rightfully points of concern. But what about shielders, those who have been staying at home for most of the year?

Not once have they been mentioned, except when the prime minister stated that they don’t have to shield as strictly they did during the first wave. The fact that so many have never stopped shielding was dismissed and disregarded.

Prior to Covid-19, nobody knew what shielding was. That was until nearly 2.2 million people who were deemed at high risk if they caught the virus were told to ‘shield’ – to at stay home, not go out and stay away from people, even those they lived with. Even when the word was used, the parameters around shielding and who it applied to weren’t clear.

Then in August, shielding was paused by the Government, and everyone – even those at most risk – were encouraged to resume their lives, to go back to work, go out and mix with others.

For many shielders, this seemed a sudden and absurd u-turn – the virus hadn’t gone anywhere, it still existed. So, many ignored this advice and carried on in their own lockdown.

I am actually one of those shielders. I use a ventilator full-time and haven’t left my house since March. Today, in fact, marks eight months exactly since I left my house. Other than essential carers I need assistance from, I don’t see anyone other than my family I live with.

Each one of us has our own reasons for continuing to shield and our individual experiences. But what we do seem to share is that we all feel like the forgotten and isolated.

To give our readers a better understanding of what shielding is like and what it entails, I have interviewed shielders in a range of different circumstances, giving each one a chance to tell their story.

My health isn’t worth risking 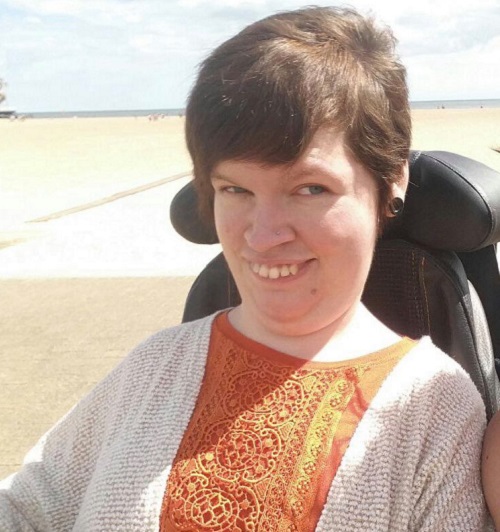 Gemma Orton, who has spinal muscular atrophy type 2, uses a wheelchair and non-invasive ventilator at night.

Classified as being ‘extremely high risk’ of becoming seriously ill if she got Covid-19, Gemma received a letter from the NHS back in March advising her to shield for at least three months. But her own ‘lockdown’ has lasted far beyond that.

Having been hospitalised by flu earlier in the year, struggling to breathe and naturally thinking it was Covid, she’s been terrified ever since. Ending shielding is a risk that Gemma simply does not want to take.

Although Gemma is being extremely careful, like many other disabled people, she can’t totally cut off contact from the outside world as she uses carers. “I have never really fully shielded because I need to have close contact with carers to stay alive. It’s ironic that the most ‘high risk’ in society cannot truly sociallay distance.”

She was also left feeling frustrated when the guidelines changed from one extreme to the other, going from being told to not even go for a ‘walk’ to going back to ‘normal’. She said: “The country just changed on August 1st. Suddenly everyone could get on as normal, go out, get back to work etc.”

This added another layer of difficulty for Gemma, seeing other people’s lives going back to ‘normal’. She worries that it will get to a stage where “all my friends meet for dinner and I don’t? That will be hard.”

Although Gemma has had a lot of support from friends and family, she admits that there are others who question her, saying “Aren’t you brave enough yet to go out?” “I hate that word, brave. It’s as if being brave will make me immune”, Gemma retorts.

There are also people who think Gemma is being over-cautious and overreacting, but as Gemma sees it; “They have the privilege of taking their health for granted. I’m guessing they’ve never been close to death or told they may not see tomorrow. I have.”

If you are using personal assistants during this difficult time, read our article on staying safe while using carers for ways you can minimise the risk.

Others aren’t being careful enough 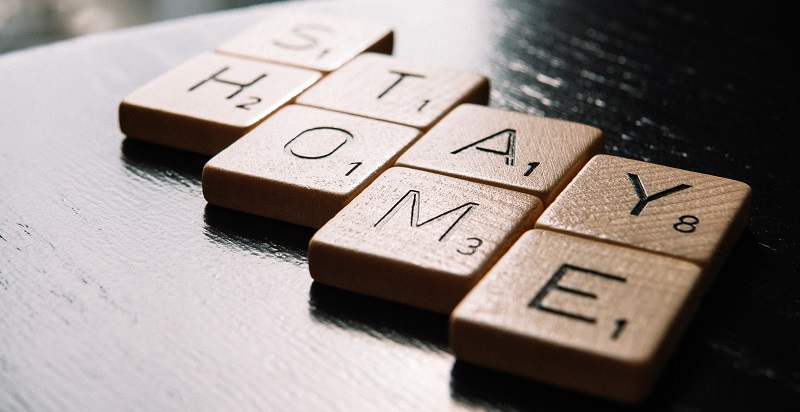 Marnie (not her real name), who has a rare form of muscular dystrophy, made the decision to carry on shielding as we approached summer after seeing the still-high infection rates.

She is normally a very active person and used to go out daily. But she made the hard decision to stay shielding because she didn’t (and still doesn’t) believe that people are being cautious enough.

In addition, being a wheelchair user, Marnie doesn’t feel that she can easily get out of someone’s way, which is a particular concern if they don’t respect her space and social distancing.

Like Gemma, Marine also doesn’t understand the dramatic shift this summer. “The Government having used the word ‘paused’ rather than ‘ended’ indicates to me that it didn’t think it was safe and that it might need to re-introduce shielding at any moment.”

She also feels that the Government ended it for economic reasons, doing so at the same time as reducing the furlough scheme. “In my view, it simply didn’t want to be accused of discrimination and providing conflicting advice.”

With an understanding employer, Marine feels ‘lucky’ as she is still working full-time, albeit from home. It also means that is distracted and can limit her usage of social media – seeing other people out and enjoying life can be difficult at times.

Before the second lockdown was announced, Marnie felt forgotten, left behind as the world was “moving on without me.”

If you’re concerned about others not keeping their distance when you’re out, try our social distancing lanyard or sashes to remind others to keep their distance.

The inequality of Covid-19

He has been shielding since the 11th of February. “I decided to start shielding before the Government recommended it.

I was closely observing the anecdotal stories and videos of people on the ground in Wuhan and it was truly terrifying. I could see how bad it was in China and felt that it must be here int the UK already but we just hadn’t identified it yet.”

Sam ventures out every other week for a 20-minute drive in his car to prevent the battery from going flat. He doesn’t get out of the car and stays local in case the car breaks down.

His wife has been shielding with him so the only people they have seen since February are carers, who Sam tries to minimise contact with.

It is the inequality that is causing Sam the most frustrations. “The general public seems to think that society can get on with life as normal, eating their ‘cheeky Nando’s’ and having their lattes whilst the ‘vulnerable’ are expected to live outside of society and isolate so that everyone else can enjoy life.

I hear people justifying their trips to crowded beaches with the phrase, ‘I do it to protect my mental health.’ What about our mental health?”

Sam feels it is just a matter of time until he experiences an emergency that forces him into close contact with people at a time when the virus is spreading rapidly.

“I just hope that we make it through to such time when a vaccine is available and when we don’t have to worry IF we will get treatment because we have co-morbidities (a number of conditions). If A&E departments are at breaking point, it is likely that we will not be considered a priority due to our disabilities, which again is a terrifying prospect.”

All of these fears have led Sam to believe that there is no light at the end of the tunnel and that things just seem to be getting worse. “The reluctance of people to give up a few of life’s luxuries for the benefit of all of us is heartbreaking when we have given up so much.

I didn’t attend my Grandmother’s funeral for fear of catching Covid-19. I fear that if something happens to one of my elderly parents, I won’t be able to see them or, heaven forbid, attend their funeral”.

My mental health is deteriorating

Vickie Dennis has congenital muscular dystrophy and has been shielding for more than six months. She will continue to do so for the foreseeable future.

“I don’t feel that it’s safe out there. People have got so many points of view on the coronavirus – some don’t even think it is real and others don’t wear masks, and not because of an exemption.”

Vickie admits that shielding is impacting her mental health. She has her own small business – a line of personalised clothing called Little Ones and Co – but can’t run it properly while feeling so isolated and alone.

“I need to be around other people. I am not seeing my friends or any of my family. They are getting on with normal life and working in an office. I can’t risk being around people if they are going back to work.”

Vickie has even cancelled hospital appointments. She was due to have an operation but had to cancel because her anxiety took over. She said: “I just couldn’t bring myself to be in a hospital.”

The dilemma for Vickie is the same for most shielders – the desire to rejoin life but the fear of being deprived a ‘life’. None of us shielders has a guide book on what to do, and none of us knows the right or wrong thing to do, we simply follow our instincts.

But what we all share is the fact we are defiant. We may be alone in almost everything we have had to face, but we are strong in the belief that if we can just ride these months out, we will reach a point of safety.

Illustration by Amanda Francey, who has myalgic encephalomyelitis (ME).

Covid-19 vaccines: how they work and who is eligible if you have a disability or chronic illness

Disability and me: an open letter to my younger self

Covid-19 vaccines: how they work and who is eligible if you have a disability or chronic illness

Disability and me: an open letter to my younger self

A fellow at the Carter Centre for Mental health journalism, culture and entertainment writer.

What’s the best lesson living with your #disability has taught you? (via @dhorizons) https://bit.ly/35dWpa0 #TroyTech #wheelchairs #wheelchairuser

How are your New Year's resolutions going after a

'Whatever your disability, there are still ways yo