How often have you read a book with a disabled character, let alone a protagonist? Bookworm Raya runs-down about eight books with a disabled character as the lead or where they are the focus, many of which have since been made into popular films. They cover a wide range of disabilities, from paralysis and cerebral palsy to depression and learning difficulties, and make for interesting reading…

As an introvert, I have always enjoyed my own company. Most of my hobbies are of a solitary nature, such as reading. In addition, unlike other hobbies, I have also found them to be more inclusive, especially as I grew older.

I read a lot as a child. But I don’t recall having come across any books that had disabled characters. It made me wonder whether we, disabled people, were rare creatures.

Things have slowly begun to change and, nowadays, you more are likely to find a number of books, for various age groups, that deal with or include disability.

Here are eight books I have read that represent disability in different ways, both in narrative and tone, and are mostly positive.

My Left Foot
by Christy Brown

I read this book at a young age and I don’t think I fully appreciated the impact it had on the disabled community. Back then, I treated it as a feel-good story. It made me realise that, no matter what the nature of your disability, you can overcome negative attitudes and limiting barriers to pursue your dreams and passion.

The author of the book, Christy Brown, was born with cerebral palsy. He could only paint and write using his left foot. The book is his personal memoir, recounting how he struggled with people’s attitudes as he grew up in Ireland. Back then, it was eye-opening for readers, and still could be today. It was also made into a film in 1989, starring Daniel Day-Lewis.

I can’t say that this is one of my favourite books, but it has certainly made the biggest impression. Its message resonated with me and it was the first book I found that both focuses on disability and was written by a disabled author. 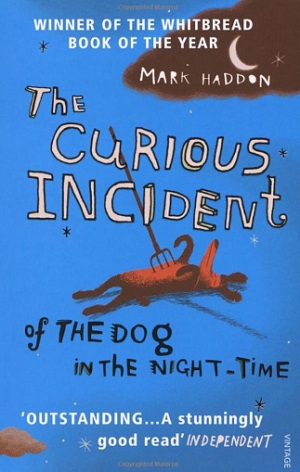 I read The Curious Incident a few years ago and I was so captivated by it that I could not let it go. I recall finishing it within 10 days, mainly because of its intriguing plot. But it was also because, prior to reading it, I had very limited knowledge of autism and what living with the condition entails.

The book is essentially a murder mystery with a twist that will keep you gripped. The protagonist, Christopher, is a 15-year-old teenager with autism when his neighbours’ dog is killed. Written from his perspective, he becomes the main suspect and so takes it upon himself to solve the mystery.

The Curious Incident is one of the books I was keen to pass onto friends to read. I felt that, at the time, autism was a condition that society knew little about. Unfortunately, it is still a disability that is misunderstood and carries many wrong assumptions and stigma. As such, I was thrilled to hear that it has also now been made into a show in the West End.

Find out more about The Curious Incident of the Dog in the Night-Time at the National Theatre.

Behind Closed Doors
by B A Paris 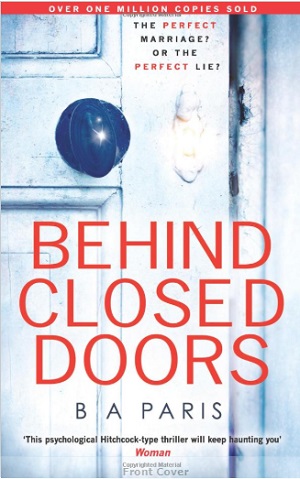 Behind Closed Doors is a mix of psychological thriller and domestic fiction that tells the story of Grace and Jack. To the outside world, they appear to be the perfect couple. But behind their closed-door lies an entirely different tale.

The book would not necessarily flag up in a search for disability-related titles because, ultimately, it’s not the focus of the plot. But the inclusion of Millie – Grace’s young sister who has Down’s Syndrome – means the plot, in my opinion, is dictated by the character of Millie. She triggers all of the events that shape the entire book.

The bond between the two sisters, and the sense of responsibility that siblings of disabled people often have, is part of what I like about the book. I was also pleased to see the subtle exploration of disability hate crime, plus parent rejection and the inability to care for Millie and accept her condition. All of these themes made the book memorable.

Of Mice and Men
by John Steinbeck

I very rarely get emotionally involved in a book, but Of Mice and Men was the first one to make me cry. George and Lennie are friends living during the American depression. Although they are very different characters, both are dreamers. It is another book that has been dramatised on the big screen, with John Malkovich playing Lennie, and is studied in GCSE English in the UK.

This is probably the first book that I read with a character that has a learning disability. Lennie’s character highlights how the condition can be exploited by unscrupulous people and feared by some of those he meets simply because he is different.

I read The Secret Garden at a fairly young age and I think I must have totally missed the fact that it has a disabled character. It is only recently, during a search on disability-related books, that the book came up.

Published in 1911, its main character, a young girl called Mary, befriends Colin a wheelchair user who never goes outside and is treated as an ‘invalid’. But, with the help of Mary, he is soon integrated into daily life.

Back in 1993, The Secret Garden was made into a popular film, although this was the third incarnation of it. Another version, starring Julie Walters and Colin Firth, will be out in cinemas in 2020.

The Bell Jar
by Sylvia Plath

The Bell Jar is a book that is quite close to my heart. I read it during my university years at a time when depression and suicide were a taboo subject that people rarely discussed.

Prior to reading it, I was not a fan of Sylvia Plath. I used to find her poems heavy and morbid. But upon reading her novel – the only one she has written – I fell in love with her character and life.

The novel is semi-autobiographical as the protagonist struggles with depression, much like Silvia, who killed herself at the age of just 30.

Through the main character of Esther, we, the reader, get a sense of Silvia’s journey with depression and anxiety. For me, this was the first time that I truly understood what it entails and made me far more aware and understanding of the condition.

Wonder, which was recently made into a film starring Julia Robert’s and Owen Wilson, is  essentially a children’s book. But Palacio’s style of writing and narrative is so gripping and real that you, the reader, will be too focused on the plot to distinguish the readership group it is aimed at.

The main character August – or Auggie, as he is called – has a medical condition similar to Treacher Collins syndrome. It means that he has a disfigured face. In his early years, his parents choose to homeschool him. Once he reaches an age where he has to attend a mainstream school, his struggles begin.

The novel is written in chapters that give the reader the chance to view Auggie’s problems, not just through his own perception, but also through the perspectives of his parents, sister and friends. Because of this, Wonder has to be one of my favourite books. It opened my eyes to what my siblings must have gone through.

Me Before You
by Jojo Moyes 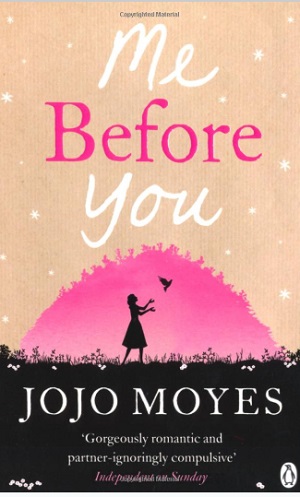 Jojo’s novel is a romantic fiction that I initially thought was giving a reasonable portrayal of a disabled person. That was until I reached the end of the novel and realised that Me Before You has actually been written from an ableist perspective.

The plot revolves around Louisa, who is unemployed but soon finds work as a carer for Will. He is a wealthy and once active young man who became a quadriplegic two years earlier through a traffic accident.

Will and Louisa soon fall in love. But that does not stop Will from rejecting his disability and choosing to end his life towards the end of the novel.

This was another book that made me shed a few tears. But it also made me incredibly angry. The writer is giving a very bleak view of disability, even though she has not actually experienced it.  The message, to me, from an ableist view, is that life with a disability is not worth living.

I am including this book because, alarmingly, it was a bestseller when it was first published. Me Before You has also been made into a film. It is worrying to think that there are millions of readers and viewers who might be convinced that disabled people despise their disability and would rather die. A very unfair representation, not to mention a dangerous one.

We round up 10 accessible game apps for disabled people.
https://disabilityhorizons.com/2018/05/10-fun-accessible-game-and-activity-apps/
Have you tried any of these apps on our list?
#disability

Tesco expands priority list for disabled shoppers.
https://www.bbc.co.uk/news/disability-52761291
Have you taken advantage of this scheme set by Tesco?
#disability