Last year we celebrated the top 10 female, top 10 male disabled celebrities, and top 10 international disabled celebrities. So, in our new series, we’re turning towards different disciplines, from disabled activists to disabled musicians. This month, our writer Raya focuses on disabled artists and writers.

As an English graduate and an avid art fan, I have been wondering for the last few years whether any of the artists and writers I like are disabled in any way and, if they are, how it has affected their work. So, I set about finding out how many disabled artists and authors there are…

Irish authour Christy Brown (pictured above) had cerebral palsy and was only able to write or type with the toes of his left foot. His memoir, My Left Foot, details his life with the disorder. He became a literary sensation and in 1989 a film starring Daniel Day-Lewis was made of his book.

Brown’s success is a prime example of not letting society’s preconceived notions about disabilities set you back. When he was born, doctors urged his parents to commit him to a convalescent hospital, but his parents decided to raise him at home. That decision gave Brown the opportunity to become the artist he would one day be.

Experts disagree whether Michelangelo had gout or osteoarthritis. But either way, the famous painter and sculptor recorded that he had significant trouble using his hands. He experienced pain and limited function and mobility in his hands and feet.

Whatever his health restrictions were down to, Michelangelo continued to paint until he was almost 89 years old! Some people blame Michelangelo’s disabling health problems on the overuse of his body. Repetitive use can damage joints.

Fyodor Dostoevsky wrote a 700-page book while suffering from a rare form of temporal lobe epilepsy. The Russian writer kept records of 102 epileptic seizures and used his experiences to create characters who also had epilepsy.

He’s well regarded as having written some of the finest literature the world has ever known, including Crime and Punishment, The Idiot, Demons and The Brothers Karamazov.

Francisco Goya is known as one of the best portrait painters in history. But biographers divide his paintings into two periods – before and after his illness. Experts believe that Goya mainly suffered from neurological problems from syphilis. He experienced headaches, dizziness, hearing loss, visual problems, and even mobility issues in his right arm.

There were a lot of factors that may have contributed to Goya’s ill health. Firstly, to treat syphilis he used ointments made with mercury – a poisonous substance. And, to top it off, many of the paints that he worked with on a daily basis contained lead.

These health problems led to a period of depression and weight loss. But Goya continued to paint. Eventually, he became deaf, but his world of visual art continued. His earlier paintings were more realistic, but as his illnesses progressed, his art became more dramatic and imaginative.

John Milton is best known for writing Paradise Lost, but many people don’t realise that he had written the poem nearly two decades after going blind. It’s speculated that Milton lost his eyesight around 1651, 16 years before completing the epic poem.

Milton had his daughters read to him and he dictated his writing to transcribers. He detailed the experience of losing his sight in a sonnet aptly titled On His Blindness.

Vincent Van Gogh had temporal lobe epilepsy and is believed to have had bipolar disorder. Van Gogh created his artwork at a very quick pace. He would churn out multiple works (possibly when he was manic from the bipolar), then experience a time of depression, which is what led to the speculation about the disorder. He was also born with a brain lesion, which may have been aggravated by his use of alcoholic drink absinthe.

Some of the symptoms Van Gogh experienced may have contributed to his art. It is believed that his physician, Dr. Gachet, prescribed digitalis medication to treat his seizures. One common side effect of this medicine is seeing yellow spots. Some historians wonder if this is why Van Gogh seemed to love to use the colour yellow in his art.

Also, it is thought that the appearance of The Starry Night (below) could have been inspired by the real halos of light that Van Gogh may have seen around lit objects due to swelling in his retinas.

Jean-Dominique Bauby was the editor of French ELLE, a prominent French journalist and a husband and father of two when. But, at age 43, he suffered a massive stroke.

He woke up 20 days later entirely speechless, only able to blink his left eyelid. His condition was what’s known as ‘locked-in syndrome’, where his mind was totally intact, but the majority of his body was paralysed.

Bauby went on to write the memoir The Diving Bell and the Butterfly by blinking whenever the letter he was looking for was reached by a person slowly reciting the alphabet over and over again. The book was published in 1997, and Bauby tragically died just three days after.

Henri Matisse became a wheelchair user after having surgery for cancer. He called the last 14 years of his life “une seconde vie,” meaning his second life. Matisse felt that this period as a wheelchair user allowed him to re-think his priorities and free himself to do and say what he wanted.

Matisse adapted his artistic methods to suit his life in a wheelchair. He started making artwork out of coloured paper shapes. Matisse would cut out the shapes and direct an assistant to where they needed to stick it on a large piece of paper mounted on the wall. Matisse also used chalk on the end of a stick to sketch out the initial pattern of the picture.

When talking about his work, Matisse mentioned that, while his mobility was limited, he could wander through gardens in the form of his artwork. Unable to travel like he used to, Matisse was able to experience beauty around him through the art he created with his own hands.

John Hockenberry sustained a spinal cord injury in a car crash when he was just 19, leaving him with paraplegia from the chest down. His disability has helped to define the topics he’s covered – his 1995 memoir was titled Moving Violations: War Zones, Wheelchairs and Declarations of Independence, and he has written several nonfiction pieces on the state of health care. He was also one of the founding inductees to the Spinal Cord Injury Hall of Fame in 2005.

Paul Klee was a painter, poet, and philosopher. He created a great number of paintings and sketches of a surreal nature. Although German, his artwork was connected to the surrealist artists of Paris in the 1920s and 1930s. While still creating a prolific amount of work, Paul Klee started suffering from a mysterious illness in 1935.

His symptoms included skin changes and problems with his internal organs. Despite living with an unknown, systemic disease, Klee continued to create art for five more years.

He finally died from his illness in 1940, still undiagnosed. But, 10 years later, the diagnosis was finally given the name, scleroderma. Scleroderma is a rare and complex disease. It is estimated that the style and themes of 90 of his later works were influenced by his illness.

Octavia E. Butler is one of the best science fiction authors of all time, but few realise that she struggled with dyslexia her entire life. Dyslexia is formally classed as a learning difficulty as opposed to disability, but can be disabling for some people. She was bullied growing up, using her vivid imagination to escape the abuse, and what started as a coping method eventually became the impetus for an incredible career.

Butler began writing short stories at age 10 and kept at it, publishing three series, two standalone novels and one collection of short stories before her death in 2006. 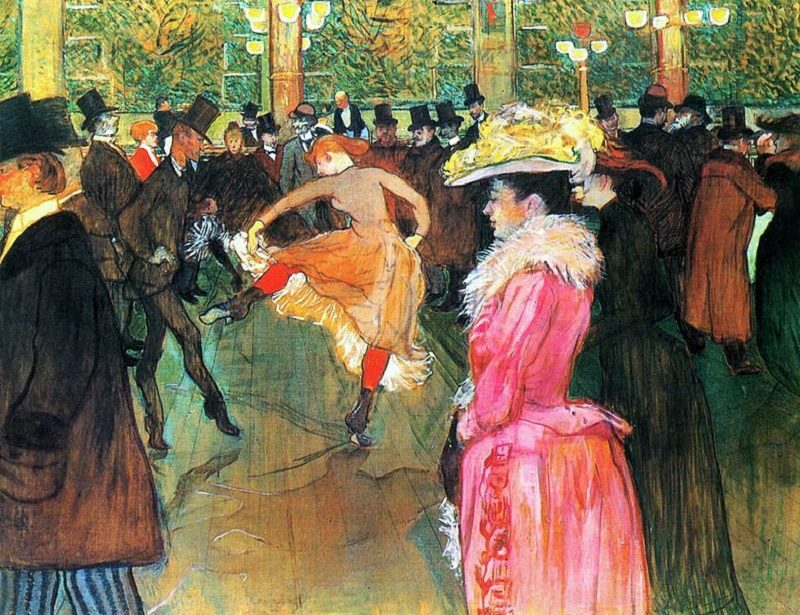 Henri de Toulouse-Lautrec was a French painter, printmaker, draughtsman (someone who does technical drawings), caricaturist, and illustrator. He is among some of the best-known painters of the Post-Impressionist period, including Van Gogh, and Gauguin. Toulouse-Lautrec’s parents were first cousins, a likely contributing factory to his numerous congenital health conditions.

At age 13, Toulouse-Lautrec fractured his right femur. The break did not heal properly. Modern physicians attribute this to an unknown genetic disorder, possibly pycnodysostosis (sometimes known as Toulouse-Lautrec Syndrome), or a variant bone disorder along the lines of osteopetrosis, achondroplasia, or osteogenesis imperfecta, which result in dwarfism. It’s also been suggested that he had rickets, aggravated by praecox virilism, where puberty occurs at an unusually early age.

Afterwards, his legs ceased to grow, so as an adult he was extremely short (1.42 m or 4 ft 8 in). He developed an adult-sized torso, while retaining his child-sized legs. Additionally, he is reported to have had hypertrophied genitals.

Physically unable to participate in many activities of boys his age, Toulouse-Lautrec immersed himself in art. He became an important Post-Impressionist painter, art nouveau illustrator, and lithographer, and, through his works, recorded many details of the late-19th-century bohemian lifestyle in Paris. Toulouse-Lautrec contributed a number of illustrations to the magazine Le Rire during the mid-1890s.